HSC is a place where busy working professionals regain control of their bodies and build up their strength so they can level up their lives! Whether it be personal training, semi private or group classes our community is always helping you to realize your true superpower and live more life. 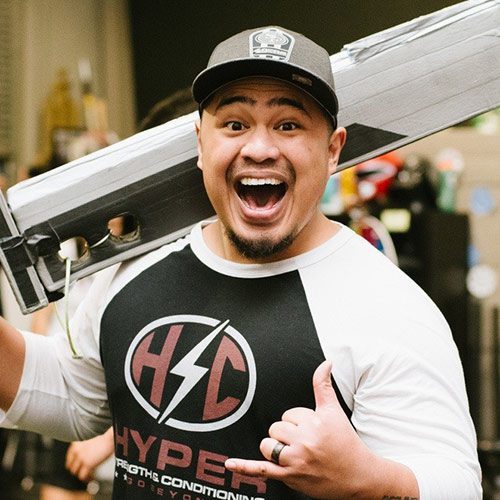 Austin is an award winning coach being ranked among the Top 20 (2012) and climbed to Top 10 (2014) Personal Trainers to Watch in the World by Life Fitness. He's worked with a wide range of clientele in the industry from the silicon valley tech worker to NFL & UFC Athletes.

In over 10 years of coaching in the fitness industry he has worked with organizations such as the Oakland Raiders, Life Fitness and EXOS Human Performance. Later he ventured into corporate fitness and worked with tech companies such as Intuit, Paypal and ebay on their health and wellness programs.

As he trained as a young athlete to now a seasoned coach he was always enamored by the hero's journey mythology you commonly find in today's superhero movies. He dreamed about one day opening a facility that melded the worlds of fandom and fitness in to one; enter Hyper Strength & Conditioning (HSC).

Hyper [ taken from the term HYPER-bolic time chamber where Saiyans would train to further increase their powerlevel in the Dragonball Z universe.]

He co-founded HSC with his wife to create a haven for all nerds to level up their stats and turn into their own superheroes one workout at a time.

He also created the Nerdout & Workout Podcast where he has extended his nerdout and workout reach globally. 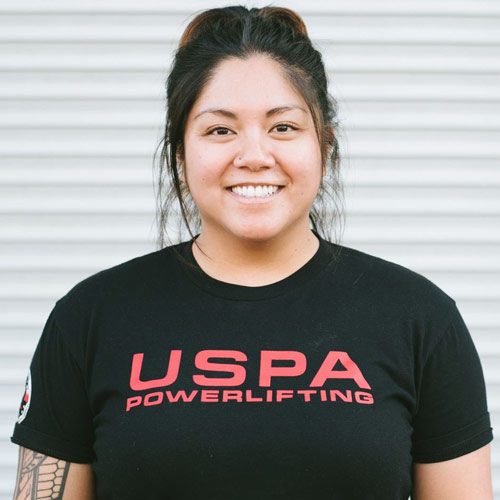 Kim aka "Coach Kilo" first worked out at HSC before becoming a trainer and eventually a co-owner.

She started hanging out with fellow members at the gym. She encouraged them on new ideas and how to better themselves without feeling judged. They became a family to her.

She's really into 90's anything, including freestyle remixes and slow jamz.

She currently heads our Level Up Powerlifting Program and day to day operations. 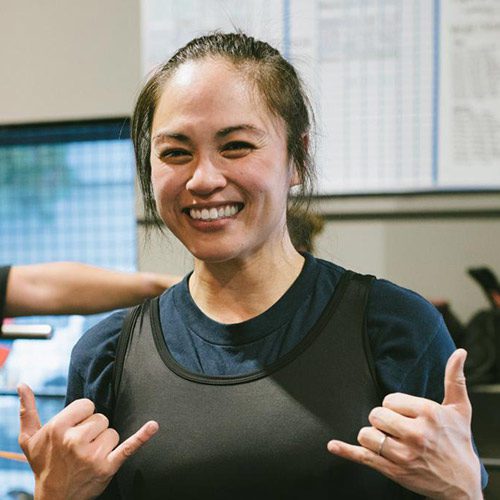 Jozelle has a passion for figuring out why certain trends become popular. Being a Berkeley Grad in Biology she nerds out about anything that has to do with experimentation.

She used herself as her own test subject by jumping into the world of Powerlifting as a newbie. As she developed her strength based she found it very rewarding to be able to feel like a bad ass while lifting heavy ass weight. She's also a huge Harry Potter fan. She claims she's Hufflepuff but the sorting hat officially placed her in Ravenclaw.

She co-founded HSC with her husband because she believed in the community that was being developed around their cause. 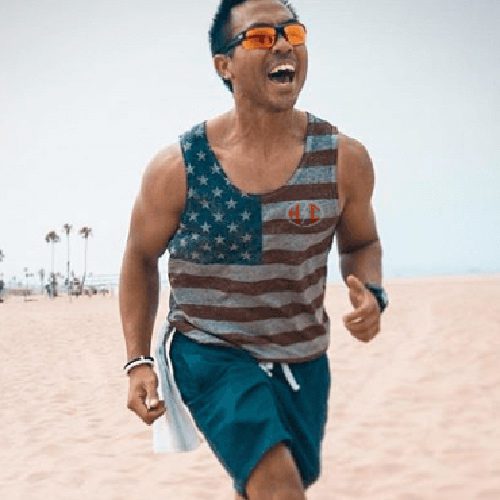 Anthony Perez is known as one of the lead Performance Enhancement Specialists.

Anthony’s dynamic and scientific methods to training have helped dozens of professional athletes and non-athlete clients alike improve not just physically, but efficiently.

In addition to developing custom programs for strength/weight loss, Anthony is also recognized for his speed programs and boxing regimens.

His training programs include a balance of more than just strength training and weight loss, but also an emphasis of flexibility/mobility, core dynamics, plyometrics, and metabolic training. 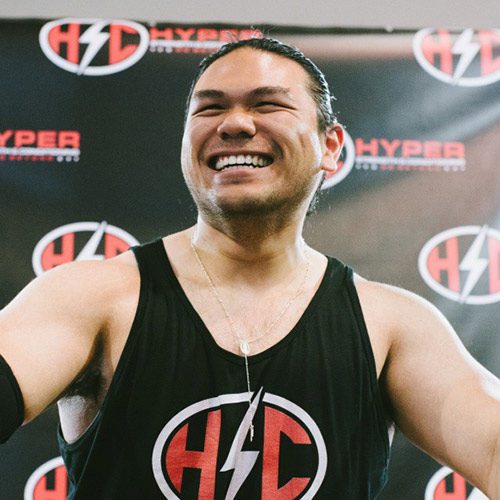 Jessie has had a wide range of experience when it comes to member services. With years of customer service under his belt he is able to go beyond for each of our members and staff.

He is currently studying to become a Personal Trainer with the hope to help others surpass expectation and overcome their own self doubt and elevate to the next level.

He is a huge fan of My Hero Academia and always talks about how All Might inspires him to become stronger each day. 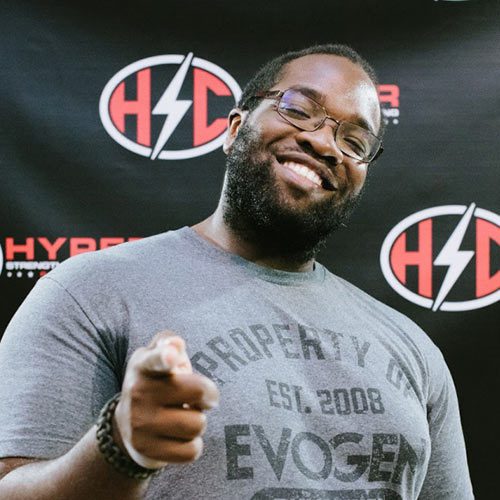 My name is Kolin Daniels aka Dark Chocolate Mint aka Swolechalla, aka K’Challa, aka Kakarot aka The Killa from Zambia. I have been competing in powerlifting and weightlifting for 5+ years, placing in multiple competitions over my career.

I graduated from San Jose State University with a degree in Nutritional Science w/ emphasis in Sports Nutrition and have given consultation to multiple members in the gym. The things I nerd out about are video-games, particular animated shows and cartoons, weightlifting, nutrition and cooking. I really enjoy the science of cooking foods and meals for people. I have a terrible sweet tooth and will consume anything sweet in my path. I can’t wait to assist you on your journey of becoming a better version of yourself. Get ready to squat everyday. 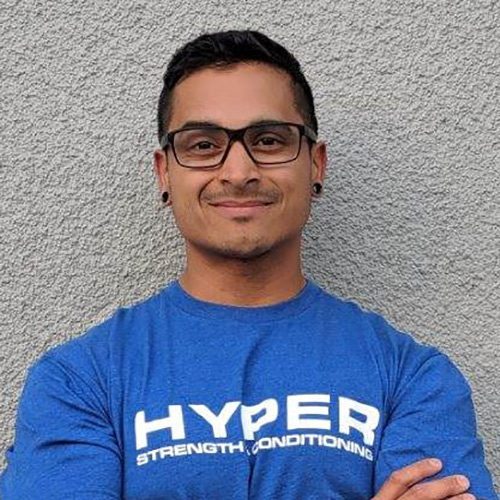 Nick has been a personal trainer for over 5 years working with clients of all backgrounds. He is a certified personal trainer through ACSM and is a Level I USAW Sports Performance Coach. He is also the current Fitness Coordinator for the Lockheed Martin fitness center in Sunnyvale.

Nick has competed in several olympic weightlifing competitions and loves helping people learn more about the sport. He specializes in strength training and helping clients regain proper movement patterns for a better quality of life.

Nick is a huge Dragonball Z fan! Who's side are you on, Vegeta or Goku!? He also never left the emo phase so you can catch him at a rock show across the bay area! 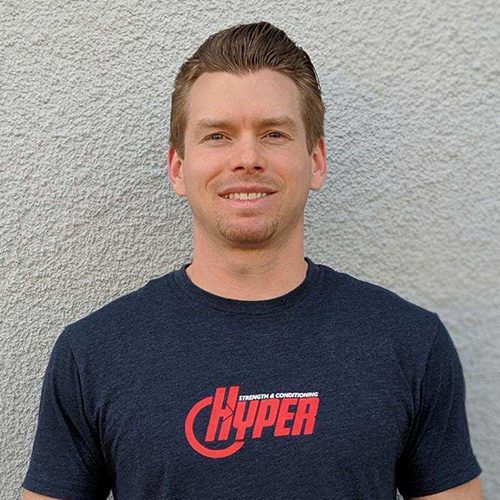 I am currently attending San Jose State University to get my BA in Kinesiology and from there obtain my NSCA - CSCS. I love training and helping people get to their ideal body goals. No matter if you want to gain strength, muscle, lose fat, or just improve your health I can help. I like to focus on powerlifting along with basic fundamental and functional movements.

I have coached people through over 1000 sessions, mostly 1 on 1 training but I also enjoy semi private and group training. 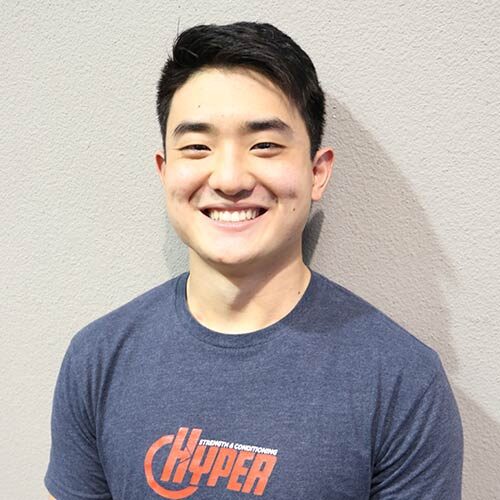 Daniel, or D, is the resident Chinese Weightlifting fanboy and Snatch Specialist of HSC. He started his fitness journey when he enlisted in the Marines at the age of 18. Daniel joined HSC as a member in 2019 and soon became an intern and now is part of the coaching staff.

Daniel graduated from SJSU with a degree in Business with the intention of opening a gym, but he soon found out he'd rather be working with clients and leveling them up in their fitness journey than managing a gym.

He has experience in many styles of training, however he specializes in the sport of Olympic Weightlifting and always jumps at the chance to teach the Snatch or the Clean and Jerk. Daniel also has coached athletes at local weightlifting competitions and at the national level.

If he isn't coaching, you can find him at the gym (most likely in a singlet) watching weightlifting videos or practicing the snatch. 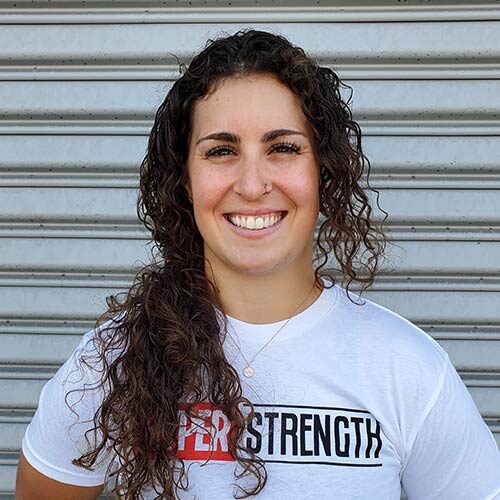 Brittany graduated from Chico State in 2018 with a degree in Exercise Physiology. Upon graduating, she decided to pursue a career in massage therapy, attending Chico Massage School and receiving her Certification in 2021. Brittany has an extensive background in competitive sports, from basketball to weightlifting, and a passion for health and fitness.

She believes that preventative maintenance and proper body mechanics can lead to longevity in life, sport, and overall health. Brittany has been doing CrossFit for 7+ years and finds it a part of her daily life. She finds joy in sharing this passion and dedication with others!

She has been coaching CrossFit for 5+ years and has experience with working with children and older adults along with everyone in between! She has had a handful of person training clients throughout the years and loves the one-on-one relationship building aspect that it involves! 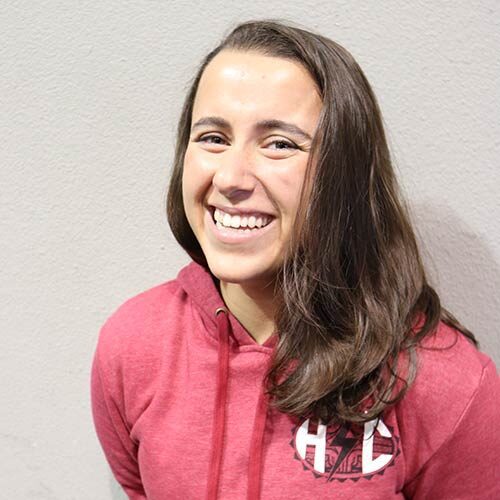 Nikki is a lifelong athlete that started her coaching career working at City of Fremont sports in 2013. While she played 7 years of basketball competitively in her youth, she transitioned to water polo and rugby in college, eventually playing at the master’s level for water polo and playing for NCAA division 3, 2 and then 1 teams in rugby.

She has always been a team leader in her various sports, participating and mentoring in the weight training and conditioning side of competitive sports. She got to study and work with multiple kinesiology research trials at her alma mater California State University Monterey Bay, working as a test subject and researcher she was inspired by the scientific side of training that is sometimes lost in competitive sports environments, especially women’s teams and decided that she wanted to pursue that passion further.

She is a certified CPT through NASM who is passionate about functional strength and stability, that is sometimes lost in traditional training programs. Also, a certified EMT in basic life support.

She is currently pursuing a degree in nursing and outside of the gym. You can catch her in the water swimming, surfing, and hanging out with her fellow fishies. She also loves to cook and is a total foodie so feel free to send her any recipes or restaurants you think she should try. 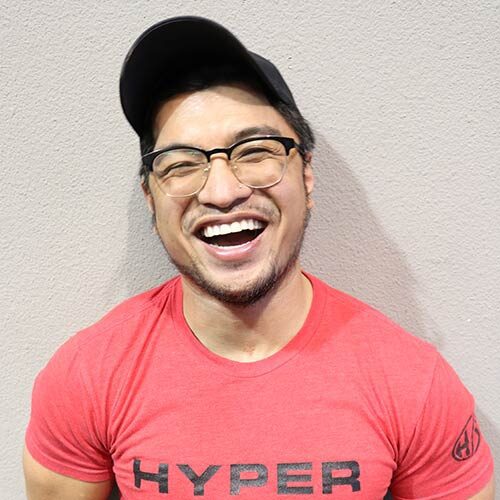 My name is Coach Kenneth Tadeo, you can call me coach Ken; I have been training/coaching for about 3 years. In April of 2013, I was in a life-threatening accident; I was hit by a car going 40 miles per hour. I flew hit my head on the concrete and suffered a traumatic brain injury and through this journey, I got into coaching. For 4 years I focused on getting back on my feet, such as learning how to walk, talk and be independent again.
Through those years I grew a passion for helping people and I thought there was no better way to do that than through what I love to do, health and fitness. As soon as I began training people, I fell in love and couldn’t get enough of it. The joy I get from helping people reach their goals and helping them feel/look better is something I can’t find anywhere else.
My goal is to not only help you reach your goals but create sustainability in this lifestyle and make it fun for you. Let’s celebrate all the wins towards your path of success together.

Why You’ll Love Training With Us

No one-size-fits-all programs here! We’ll tailor our program to your individual needs and goals to ensure you get results that matter to you.

At every session you attend, you’ll receive specialized advice and support from our professional coaches.

Make friends and inspire one another. Challenge and motivate your peers and hold each other accountable.

We don’t just focus on one aspect of fitness. We focus on fitness, diet, lifestyle, sleep and all the things that can influence your goals.

Stay on track wherever you are with our free guides and downloads. Click here to get instant. access to our latest guide. 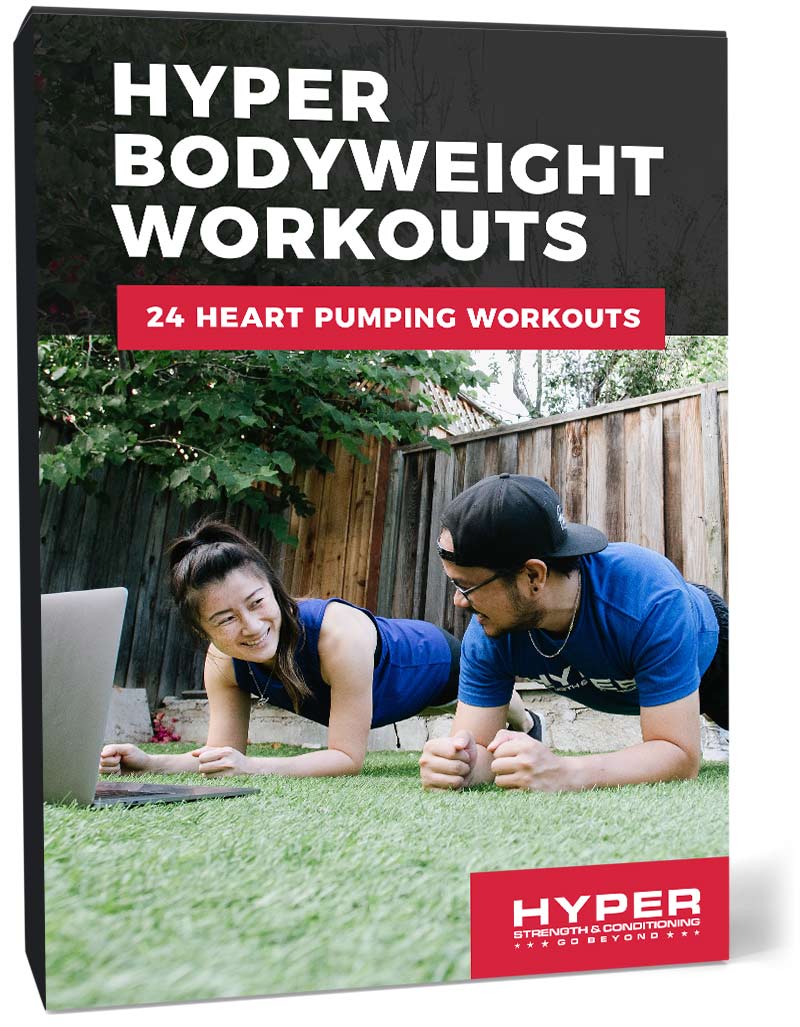 Download our free program that also includes nutritional guidance for gym newbies and start taking steps towards real results. This isn’t even your final form!

Gain access to three free workouts by Coach Austin and experience what HSC is all about!

Download our free program that also includes nutritional guidance for gym newbies and start taking steps towards real results. This isn’t even your final form!

What Our Members Say…